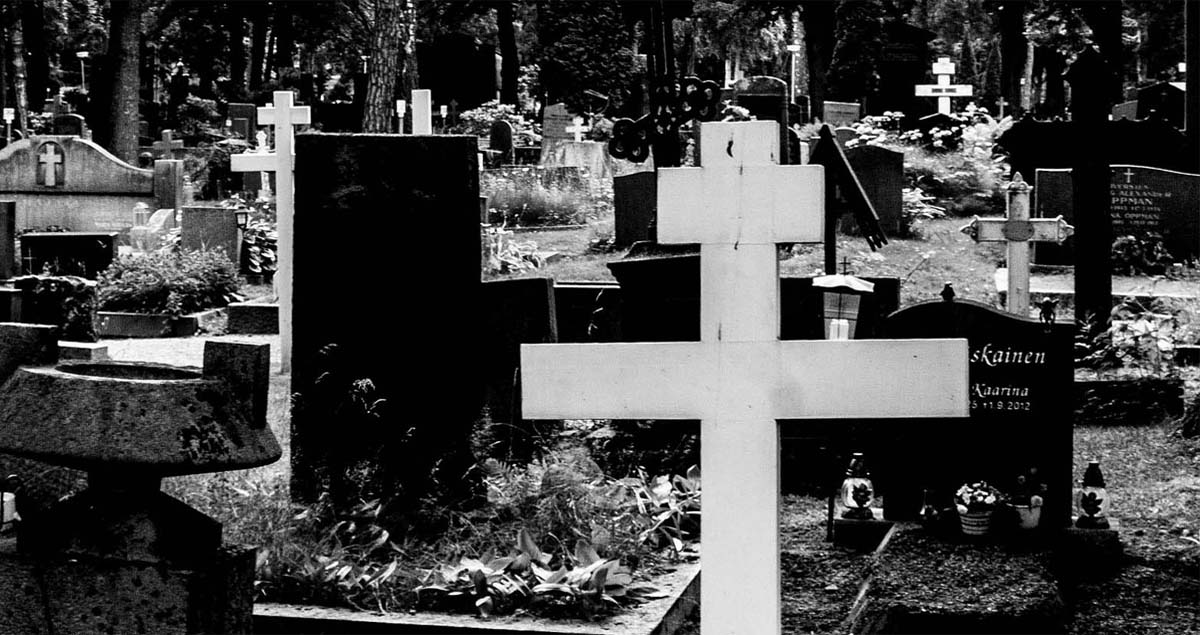 Is Cremation a Good Option?

Before I begin, I fully acknowledge that something like cremation may not seem to be a big theological issue - Christians today are getting cremated all the time and honored with “Celebrations of Life” instead of funerals (but that’s a topic for a whole different article) without giving it much thought. Unfortunately, it is a pretty big issue rooted in ancient heresy and a denial of basic Judeo-Christian beliefs.

Biblical history of the disposal of a body

Let’s look at the New Testament: Christ was buried - for a few days at least -, Lazarus, John the Baptist, and St. Stephen were all buried. There was definitely a pattern set in the Old Testament that carried over into the New Testament of burying the dead.

Before the time of Christ and to the present day, Jewish customs and law do not allow for cremation. The Talmud shows us that this was a common understanding within Jewish culture from around the time of Christ when comments on the Torah, “You must bury him in entirety, not partially. From this verse, we extrapolate that the command was not fulfilled if the person was partially buried (Nazir 7:1).” Judaism goes so far as to deny burial in a Jewish cemetery for someone who was voluntarily cremated, and the laws of mourning are not observed! Why do they care?

Jewish law forbids cremation because of the belief that the human body belongs to God and is merely on loan to the person, and it will be returned to God. Coupling this with the understanding that humanity was made in the image and likeness of God, desecrating the body, including cremation, is seen as a violation to God Himself

If the Jewish people care so much about the treatment of the body in the hopes of the resurrection, how much greater should we as a people care since we have seen Christ’s resurrection and participated in a foretaste of the general resurrection?

Does it really matter?

For Christians, it definitely matters. We as Christians believe that when God created matter (the universe, the earth, plants, animals, and man), it was good. God created humanity in His image and likeness! Nothing else in all of creation can claim such a high station. We’re created - body, mind (nous), and soul - this is good. Nowhere does God tell us that to separate the body from the soul is good, but this was a consequence of the fall. Christ took on humanity, putting on flesh and becoming man, to redeem creation again after the fall, and when He raised from the dead, He was resurrected bodily. When He was crucified, St. Joseph of Arimathea requested His body to give it a proper burial. Our eschatology teaches that we will be reunited with our bodies. They are not something to just burn, but instead something to take care of.

St. Paul prays, that our “and I pray God your whole spirit and soul and body be kept blameless at the coming of our Lord Jesus Christ” (I Thessalonians 5:23). “Or do you not know that your body is a temple of the Holy Spirit within you, whom you have from God? You are not your own, for you were bought with a price. So glorify God in your body” (1 Corinthians 6:19-20).

A pagan and Gnostic practice

Cremation is rooted in paganism, not in Judeo-Christian traditions. We see cremation in places like India, where it is closely aligned to a belief in reincarnation, something the Christian faith opposes. While that may not be enough to turn anyone from cremation, the Gnostic implications should be.

Gnosticism denies that created matter is good. Our bodies are merely shells that we are to leave behind so we can go to our higher being, as our spirit transcends the physical. It’s in Gnosticism that we see the idea that burning a body is okay because it’s just a body, but it’s not. Cremation undermines Christian ontology. The teaching of respect for the body and burial was so important to early Christians that many risked their own lives to retrieve the bodies of martyrs. The Romans and other pagans knew this and were known to burn the bodies of martyred Christians in an attempt to destroy their faith in the resurrection of the body by rendering it impossible for resurrection. We know God is more powerful than anything that happens to our bodies and can resurrect us no matter what, but the point here is that it was a grievous insult to our forefathers and mothers of the faith to burn their bodies and now we have Christians readily giving their bodies over to the incinerators and crematorium

Christians would lay the bodies of their loved ones in coemeterium, which is a Latin term that takes its name from the Greek word κοιμητήριον which means literally “sleeping place.” This term reflects the view that the early Christians had of personhood and how it relates to the body. Not to mention, as illustrated previously, the body was not, and should not be seen as something we can dispose of or destroy, because it doesn’t belong to us, but ultimately belongs to God.

Our bodies are precious, created, and fashioned by God as part of who we are in His image and likeness. We were not made to be separated from our bodies and will once again unite with them for all of eternity. Maybe they are something we should plan to give honor and respect to, even after we’ve fallen asleep in the hope of the resurrection.